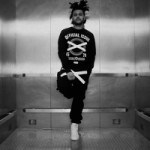 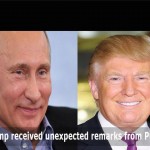 he Republican Presidential candidate Donald Trump received a surprise remarks from the Russian President Vladimar Putin. Trumps seems to have a new fan in his corner Vladimir Putin the real estate mogul thinks it was a “great honor” to get compliments from the Russian leader. Speaking earlier today, the Russian leader said Trump is “a very colorful person. Talent, with any doubt,” Putin said. “But it’s not our affair to determine his worthiness – that’s up to the United States,” Putin added. “But he is absolutely the leader in the… 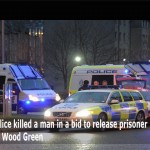 A man has been shot dead in wood green during a police operation relating to a suspected plot to free a prisoner. Armed officers were in Bracknell Close, near Wood Green Crown Court, London, at about 09:00 GMT when the man was shot. The Met said the operation was “intelligence-led” and resulted in the arrests of four people. Two of the arrests were in the Bracknell Close area on suspicion of “conspiracy to facilitate the escape of an individual from custody”. The suspects arrested there were a 30-year-old and a… 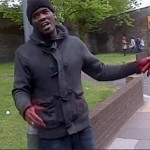 Michael Adebolajo who is serving life imprisonment for killing Lee Rigby a British soldier in May 2013 near a London barracks is seeking compensation over teeth lost in prison while being restrained by the prison officer. He claimed five prison officers assaulted him at London’s high-security Belmarsh prison two years ago, but they were cleared of blame. The Ministry of Justice (MoJ) said it would “robustly defend” the claim. Adebolajo, 32, lost his teeth while he was being held at Belmarsh on remand after the killing near Woolwich barracks, and… 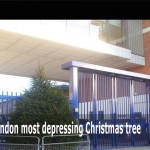 Londoner living near Lewisham police station has observed the Christmas tree placed behind metal barriers, decorated with a small set of lights and propped up against a fence as most depressed tree in London. The neighbour says the tree is an ’embarrassing joke’ and the barriers make it look like the tree is being ‘kettle’. Page View:105 Site View: 108575 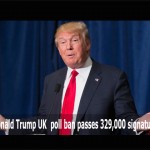 The petition went on Parliament’s e-petition website on Tuesday. It was posted in response to Mr Trump’s call for a temporary halt on Muslims entering the United States. Chancellor George Osborne criticised Mr Trump’s comments but rejected calls for him to be banned from the UK. Any petition with more than 100,000 signatures is automatically considered for debate in Parliament. Mr Trump is seeking the Republican nomination for next year’s US presidential election. He said on Wednesday he would never leave the 2016 race, despite the volume of calls for… 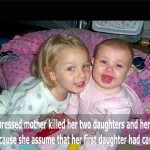 A depressed mother stabbed to death her two young daughters before turning the knife on herself because she mistakenly believed the eldest of the pair had cancer, an inquest today heard. Marta Galikowska, 27, became convinced that her five-year-old daughter, Maja, was suffering from the disease after she discovered a lump under her jaw, the North Staffordshire hearing was told. On October 12 last year, she fatally stabbed Maja and her 20-month-old daughter, Olga, at the family’s home on Sherwin Road in Stoke-on-Trent while her husband was out at work…. 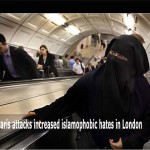 After Paris attacks community was fearful of Muslim women with hijab and hate crimes against Muslims have more tripled according to Met Police the figures showing the number of Islamophobic incidents recorded by week, both before and after the terror attacks in the French capital on November 13. In the week ending November 10 there were 24 incidents. In the week ending November 24, just two weeks later, this number had shot up to 76. ‘It is with regret, but something that we have come to realise, through experience that… 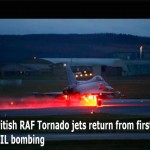 The Ministry of Defence have confirmed RAF Tornado jets have carried out their first air strikes against so-called Islamic State in Syria. Four Tornados from RAF Akrotiri in Cyprus took part in the operation soon after MPs voted to approve bombing. The strikes targeted the Omar oil fields in eastern Syria, which is under IS control, and were “successful”, Defence Secretary Michael Fallon said. He had personally approved the targets ahead of the Commons vote, he said. MPs overwhelmingly backed UK military action against IS – also known as Daesh…